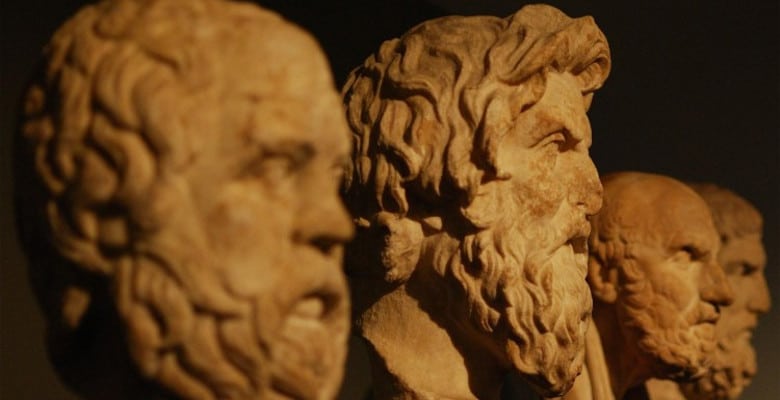 This page aims to make learning about Presocratic philosophy as easy as possible by bringing together the best articles, podcasts, and videos from across the internet onto one page. To get started, simply choose one of the resources listed below, or browse a selection of key quotes by the Presocratics at the bottom of the page.

This section features short articles written by professional philosophers and aimed at a general audience. These articles are ideal for anyone looking for a shorter or more beginner-friendly introduction to the Presocratics than the encyclopedia articles listed above.

This section features podcast episodes from leading philosophy podcasts. These are also aimed at a general audience and are a good option for beginners who prefer audio content.

The History of Philosophy Without Any Gaps

See this page for course syllabi on the Presocratics.

See this list of the best books on the Presocratics.

This section features a selection of key quotes by the Presocratics.

– as quoted by Aetius in H. Diels, Doxographi Graeci

No man knows, or ever will know, the truth about the gods and about everything I speak of: for even if one chanced to say the complete truth, nevertheless one would not know it.

But if cattle and horses or lions had hands, or were able to draw with their hands and do the works that men can do, horses would draw the forms of the gods like horses, and cattle like cattle, and they would make their bodies such as they each had themselves.

The world order did none of gods or men make, but it always was and is and shall be: an everlasting fire, kindling in measures and going out in measures.

The way up and the way down are one and the same.

Everything flows and nothing stays.

– as quoted in Simplicius, Commentary on Aristotle’s Physics

Man is the measure of all things.

The first principles of the universe are atoms and empty space. Everything else is merely thought to exist. The worlds are unlimited. They come into being and perish. Nothing can come into being from that which is not nor pass away into that which is not. Further, the atoms are unlimited in size and number, and they are borne along in the whole universe in a vortex, and thereby generate all composite things— fire, water, air, earth. For even these are conglomerations of given atoms. And it is because of their solidarity that these atoms are impassive and unalterable. The sun and the moon have been composed of such smooth and spherical masses [i.e. atoms], and so also the soul, which is identical with reason.

By convention are sweet and bitter, hot and cold, by convention is colour; in truth are atoms and the void.