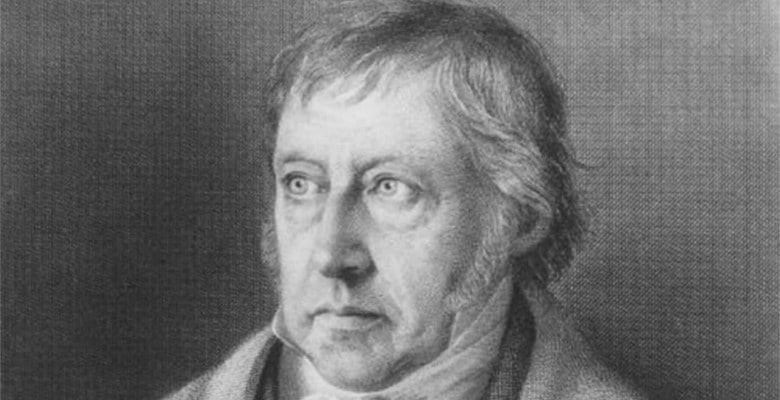 From beginner-friendly introductions to classic works by Hegel, this page features books to suit any learning style.  It’s important to note that there is no single best book on Hegel. The best book for you will depend heavily on your preferred learning style and the amount of time/energy you’re willing to spend reading. For example, if you tend to find classic works of philosophy difficult to understand, you might want to start with a short, beginner-friendly introduction. If you prefer more depth, you can choose a more comprehensive introduction or read Hegel for yourself.

It’s also worth noting that it is not a list of personal recommendations. Personal book recommendations tend to be highly subjective, idiosyncratic, and unreliable. This list is part of a collection of over 100 philosophy reading lists which aim to provide a central resource for philosophy book recommendations. These lists were created by searching through hundreds of university course syllabi, internet encyclopedia bibliographies, and community recommendations. Links to the syllabi and other sources used to create this list are at the end of the post. Following these links will help you quickly find a broader range of options if the listed books do not fit what you are looking for.

Here are the best books on or by Hegel in no particular order.

Publisher’s description: Born in Stuttgart, Georg Wilhelm Friedrich Hegel (1770-1831) attended the Gymnasium Illustre and, at the age of 18, entered the Tübingen Seminary, from which he received his theological certificate in 1793. His early writings, composed while he was serving as a family tutor in Bern and Frankfurt, dealt with religious subjects. From 1801 until his untimely death thirty years later, Hegel held professorships at several prestigious universities and went on to write the landmark works for which he’s known, including his masterpiece the Phenomenology of Spirit (1807). Renowned in his own time, he gained great fame as a lecturer, with students coming from all over Europe to attend his classes. …

An Introduction to Hegel: Freedom, Truth and History – Stephen Houlgate

Publisher’s description: This classic introduction to one of the most influential modern thinkers, G.W.F. Hegel (1770-1831) has been made even more comprehensive through the addition of four new chapters.

In this magisterial and lucid introduction, Frederick Beiser covers every major aspect of Hegel’s thought. He places Hegel in the historical context of nineteenth-century Germany whilst clarifying the deep insights and originality of Hegel’s philosophy.

A masterpiece of clarity and scholarship, Hegel is both the ideal starting point for those coming to Hegel for the first time and essential reading for any student or scholar of nineteenth century philosophy.

Publisher’s description: One of the founders of modern philosophical thought Georg Wilhelm Friedrich Hegel (1770-1831) has gained the reputation of being one of the most abstruse and impenetrable of thinkers. This first major biography of Hegel in English offers not only a complete, up-to-date account of the life, but also an overview of the key philosophical concepts in Hegel’s work in an accessible style. Terry Pinkard situates Hegel firmly in the historical context of his times. The story of that life is of an ambitious, powerful thinker living in a period of great tumult dominated by the figure of Napolean. Pinkard explores Hegel’s interactions with some of the great minds of this period: Hölderlin, Goethe, Humboldt, Schelling, Novalis, the Schlegels, Mendelssohn, and others.

Publisher’s description: Few thinkers are more controversial in the history of philosophy than Hegel. He has been dismissed as a charlatan and obscurantist, but also praised as one of the greatest thinkers in modern philosophy. No one interested in philosophy can afford to ignore him. This volume considers all the major aspects of Hegel’s work: epistemology, logic, ethics, political philosophy, aesthetics, philosophy of history, philosophy of religion. Special attention is devoted to problems in the interpretation of Hegel: the unity of the Phenomenology of Spirit; the value of the dialectical method; the status of his logic; the nature of his politics. A final group of chapters treats Hegel’s complex historical legacy: the development of Hegelianism and its growth into a left and right wing school; the relation of Hegel and Marx; and the subtle connections between Hegel and contemporary analytic philosophy.

Publisher’s description: Bringing together for the first time all of G.W.F. Hegel’s major Introductions in one place, this book ambitiously attempts to present readers with Hegel’s systematic thought through his Introductions alone. The Editors articulate to what extent, precisely, Hegel’s Introductions truly reflect his philosophic thought as a whole. Certainly each of Hegel’s Introductions can stand alone, capturing a facet of his overarching idea of truth. But compiled all together, they serve to lay out the intricate tapestry of Hegel’s thought, woven with a dialectic that progresses from one book to another, one philosophical moment to another. Hegel’s reflections on philosophy, religion, aesthetics, history, and law-all included here-have profoundly influenced many subsequent thinkers, from post-Hegelian idealists or materialists like Karl Marx, to the existentialism of Kierkegaard and Jean-Paul Sartre; from the phenomenological tradition of Edmund Husserl to Martin Heidegger, Jacques Derrida and other post-moderns, to thinkers farther afield, like Japan’s famous Kyoto School or India’s Aurobindo. This book provides the opportunity to discern how the ideas of these later thinkers may have originally germinated in Hegel’s writings, as well as to penetrate Hegel’s worldview in his own words, his grand architecture of the journey of the Spirit.

If you want to learn more about Hegel, you can find a collection of free articles, videos, and podcasts here.

The Daily Idea aims to make learning about philosophy as easy as possible by bringing together the best philosophy resources from across the internet.

A History of Western Philosophy in 500 Essential Quotations – Lennox Johnson