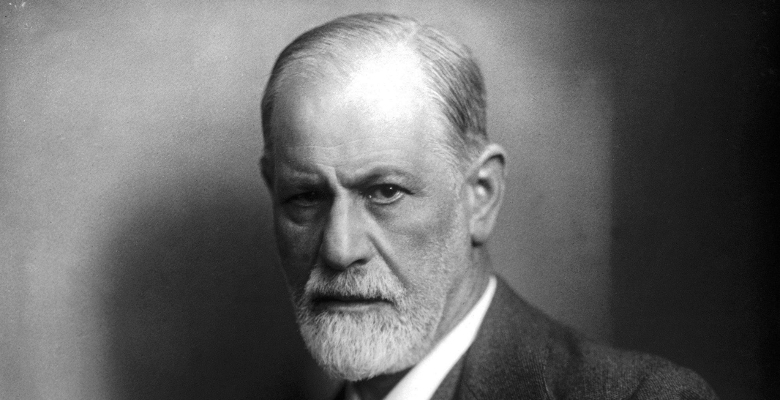 From beginner-friendly introductions to classic works by Freud, this page features philosophy books to suit any learning style. It’s important to note that there is no single best book on Freud. The best book for you will depend heavily on your preferred learning style and the amount of time/energy you’re willing to spend reading. For example, if you tend to find classic works of philosophy difficult to understand, you might want to start with a short, beginner-friendly introduction. If you prefer more depth, you can choose a more comprehensive introduction, a relevant handbook, or pick up one of the classics.

It’s also worth noting that it is not a list of personal recommendations. Personal book recommendations tend to be highly subjective, idiosyncratic, and unreliable. This list is part of a collection of over 100 philosophy reading lists which aim to provide a central resource for philosophy book recommendations. These lists were created by searching through hundreds of university course syllabi, internet encyclopedia bibliographies, and community recommendations. Links to the syllabi and other sources used to create this list are at the end of the post. Following these links will help you quickly find a broader range of options if the listed books do not fit what you are looking for.

Here are the best philosophy books on or by Sigmund Freud in no particular order.

Publisher description: Sigmund Freud, the founder of psychoanalysis, developed a totally new way of looking at human nature. Only now, with the hindsight of the half-century since his death, can we assess his true legacy to current thought. As an experienced psychiatrist himself, Anthony Storr offers a lucid and objective look at Freud’s major theories, evaluating whether they have stood the test of time, and in the process examines Freud himself in light of his own ideas. An excellent introduction to Freud’s work, this book will appeal to all those broadly curious about psychoanalysis, psychology, and sociology.

Publisher description: In this fully updated second edition, Jonathan Lear clearly introduces and assesses all of Freud’s thought, focusing on those areas of philosophy on which Freud is acknowledged to have had a lasting impact. These include the philosophy of mind, free will and determinism, rationality, the nature of the self and subjectivity, and ethics and religion. He also considers some of the deeper issues and problems Freud engaged with, brilliantly illustrating their philosophical significance: human sexuality, the unconscious, dreams, and the theory of transference. Lear’s approach emphasizes the philosophical significance of Freud’s fundamental rule – to say whatever comes to mind without censorship or inhibition. This binds psychoanalysis to the philosophical exploration of self-consciousness and truthfulness, as well as opening new paths of inquiry for moral psychology and ethics. …

What to read from the vast output of Sigmund Freud has long been a puzzle. Freudian thought permeates virtually every aspect of twentieth-century life; to understand Freud is to explore not only his scientific papers―on the psycho-sexual theory of human development, his theory of the mind, and the basic techniques of psychoanalysis―but also his vivid writings on art, literature, religion, politics, and culture.

The fifty-one texts in this volume range from Freud’s dreams, to essays on sexuality, and on to his late writings, including Civilization and Its Discontents. Peter Gay, a leading scholar of Freud and his work, has carefully chosen these selections to provide a full portrait of Freud’s thought. His clear introductions to the selections help guide the reader’s journey through each work. …

Publisher description: Does Freud still have something to teach us? The premise of this volume is that he most certainly does. Approaching Freud from not only the philosophical but also historical, psychoanalytical, anthropological, and sociological perspectives, the contributors show us how Freud gave us a new and powerful way to think about human thought and action. They consider the context of Freud’s thought and the structure of his arguments to reveal how he made sense of ranges of experience generally neglected or misunderstood. All the central topics of Freud’s work from sexuality and neurosis to morality, art, and culture are covered.

The Interpretation of Dreams – Sigmund Freud

Publisher description: “The interpretation of dreams is the via regia to a knowledge of the unconscious element in our physical life.”—Sigmund Freud

Freud’s discovery that the dream is the means by which the unconscious can be explored is undoubtedly the most revolutionary step forward in the entire history of psychology. Dreams, according to his theory, represent the hidden fulfillment of our unconscious wishes. Through them the inhibitions are released and tensions relaxed. The ability to interpret these manifestations of conflict in the human psyche opened a vast new realm of investigation, particularly invaluable in the treatment of neuroses. By his pioneer investigations into the world of dreams, Sigmund Freud created a transformation in our generation’s thinking. …

Three Essays on the Theory of Sexuality – Sigmund Freud

Publisher description: Available for the first time in English, the 1905 edition of Three Essays on the Theory of Sexuality presents Sigmund Freud’s thought in a form new to all but a few ardent students of his work.

This is a Freud absent the Oedipal complex, which came to dominate his ideas and subsequent editions of these essays. In its stead is an autoerotic theory of sexual development, a sexuality transcending binary categorization. This is psychoanalysis freed from ideas that have often brought it into conflict with the ethical and political convictions of modern readers, practitioners, and theorists.

The non-Oedipal psychoanalysis Freud outlined in 1905 possesses an emancipatory potential for the contemporary world that promises to revitalize Freudian thought. The development of self is no longer rooted in the assumption of a sexual identity; instead the imposition of sexual categories on the infant mind becomes a source of neurosis and itself a problem to overcome. …

Civilization and Its Discontents – Sigmund Freud

Written in the decade before Freud’s death, Civilization and Its Discontents may be his most famous and most brilliant work. It has been praised, dissected, lambasted, interpreted, and reinterpreted. Originally published in 1930, it seeks to answer several questions fundamental to human society and its organization: What influences led to the creation of civilization? Why and how did it come to be? What determines civilization’s trajectory? Freud’s theories on the effect of the knowledge of death on human existence and the birth of art are central to his work. Of the various English translations of Freud’s major works to appear in his lifetime, only Norton’s Standard Edition, under the general editorship of James Strachey, was authorized by Freud himself. This new edition includes both an introduction by the renowned cultural critic and writer Christopher Hitchens as well as Peter Gay’s classic biographical note on Freud.

If you want to learn more about Freud, you can find a collection of free articles, videos, and podcasts here.

The Daily Idea aims to make learning about philosophy as easy as possible by bringing together the best philosophy resources from across the internet.

A History of Western Philosophy in 500 Essential Quotations – Lennox Johnson